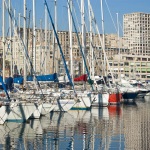 The Pronunciations That Divide France

Thanks to the thousands of Internet users who took part in our latest surveys , we are now able to offer you a new selection of maps showing divisions within the French-speaking world of Europe. Good discovery!

Macron’s labor decrees are the first step in what he hopes will be deep economic changes. The decrees are to be finalized this month and ratified by year’s end.

Critics accuse the government of being undemocratic for using a special method to push the measures through parliament.

Companies argue that existing rules prevent them from hiring and contribute to France’s high unemployment rate, currently around 10 percent.

The protests come amid anger at a comment last week by Macron suggesting that opponents of labor reform are “lazy.”

Government spokesman Christophe Castaner said on RTL radio Tuesday that the president didn’t mean workers themselves but politicians who failed to update French labor rules for a globalized age.